If smoking is injurious to your health, cell phone use is far more dangerous. Unfortunately mobile phones do not come with that statutory warning.
Excess use of cell phone, i.e., more than 90 minutes a day can produce undesirable health effects. Long conversations on cell phones lead to serious side effects. While the mobile phone industry often says that studies have proved the devices safe, the researchers noted that these studies are addressed at short-term exposure, where as radiation-related health problems may often take up to a decade before symptoms develop. 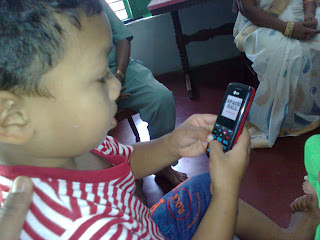 1. Prolonged use of cell phone is associated with development of tumor both in brain and ear. The most common tumor is called acoustic neuroma. Modern phones like i-phones have more radiation than simple phones.
2. Early Hypertension: Most people get programmed to ringtones. That means, whenever you hear the ringtone, your heart rate increases by 8 to 15 beats without any physical activity. This is because of stimulation of limbic system of brain. This also amounts to increased cardio-vascular reactivity. Thus, increased risk for early hypertension. It produces irritation, anger and sleeplessness, which are the risk factors for hypertension as such.
3. Postural Problems: We often see people with their phones stuck between the ear and the shoulder while driving, causing abnormal dynamics of cervical spine in the neck. We have already recorded many cases of abnormal neck pains and early painful syndromes among people who constantly use cell phones.
4. Use of ear phones: Earphones and bluetooth are not free from problems. The radiation effects on hearing are same as cell phone. You may check your phone now, how much volume you are using (probably full). Prolonged phone use reduces hearing for low intensity noise as early as within 2-3 weeks. That’s why we ultimately keep the volume of our phone to maximum.
5. Mobile phone use boosts cancer risk by 50 per cent. According to a new study conducted by researchers at Tel Aviv University and published in the American Journal of Epidemiology, heavy users of mobile phones are 50 per cent more likely to develop cancer of the salivary glands. They found that those who use cellular phones several hours per day against the same side of the head had a 50 percent higher tumor risk than those who used phones less frequently.
6. Rural residents with heavy mobile phone use had an even higher tumor risk, compared with urban users. The researchers speculated that this could be due to the higher radiation dose needed for mobile phones to function in areas with fewer towers.
7. Decreased Male Fertility: In 2007, research at the Cleveland Clinic found that men who used cell phones for more than four hours per day had markedly poorer sperm quality than their counterparts with lower cell phone usage.
8. Repetitive Strain Injury (RSI): You see most people texting and millions of these finger clicks lead to the development of micro injuries in the small joints of fingers. By two decades, children may develop serious RSI and increased risk for early arthritis.
9. High Tension currents and cell phones: Most of our cities have high tension cables with their huge towers passing through the city. One case recorded where a person was under 40,000 volts electrical line passing above, as soon as he clicked the phone digital camera, 40,000 volt current passed through the camera flash light to his camera and then from his camera to his fingers and then from his fingers to his body. All this happened within fraction of a second. Next moment he was thrown from the top. His body was half burned on the spot. Phone and camera flash became conductors of huge current.
10. Discarded mobile phones create an avalanche of toxic e-waste: We keep changing our phones every year. According to British newspaper `The Independent', there are already 11,000 tons of unused cellular phones in the United Kingdom that have not yet been disposed of. Most of these phones will eventually be discarded, along with old laptops, portable music players and video game consoles. These electronic products are made with highly toxic metals and other chemicals that leach into the earth when discarded. The problem today is that more than 100 million people upgrade to new phones each year in Europe alone, even though the average handset has a life of 5 years.
11. Behavioral problems in children: A study on 13,000 Danish children discovered that those children who used cell phones and whose mothers had used cell phones during their pregnancy had 80% higher incidence of behavioral issues. These include emotional issues, hyperactivity, lack of attention and problems with their peers.
12. Cancer in children: When we combine the "cancer" and "children" of cell phone use, the result is even more frightening and shocking. A recent study conducted in Sweden revealed that children and teenagers who use cell phones have five times the risk of getting brain cancer.
In light of all these risks, it is important to use cell phones judiciously. 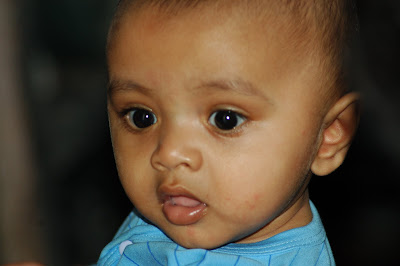 1. Phone is meant for a short conversation. Limit your calls to a standard pulse (1-3 minutes).
2. Whenever possible, use loud speaker so that you can keep your phone away from your head; keep the phone at least 6 inches away from body.
3. Use lesser volume.
4. Keep your phone away from your chest (it may interfere the conduction system of heart) and away from the groin (only for men).
5. Never use a phone when it is being charged
6. Do not give phones to children early in life as the exposure to phones is going to increase
7. Don't put your mobile closer to your ears until the recipient answers, Because directly after dialing, the mobile phone would use its maximum signaling power, which is 2watts = 33dbi.
8. Use left ear while using mobile, because if you use the right one it may affect brain directly.
Happy talking!
Prof Dr S Bakhtiar Choudhary
Posted by Bakhtiar at 04:18 No comments: